My Internship at the White House

This year, we have experienced not only the drastic ramifications of a global health crisis, but also severe division in the United States and across the world. This disunity—it would not be unwarranted to even call it conflict—has strengthened my resolve to work at the United States Department of State and become a Foreign Service Officer. Now more than ever, we need peacemakers to guide the nations of the world, paving the way for our increasingly global societies to become better and safer places in which future generations can thrive. This calling led me to an internship this past summer at the White House in Washington, D.C.

Last year, as I was looking ahead to a life of public service, I believed that I needed more professional experience, and so I set off on my quest for an internship opportunity. It is a rather long story, but I eventually came across the White House Internship Program. The application entailed several essay prompts and exhaustive questionnaires, but I finally submitted my materials a day before the deadline. Three and a half months later, I received an email. Out of all the applicants from across the country, I was selected along with just over one hundred other young people.

The start date for the internship was postponed a couple weeks due to health precautions and travel restrictions, but that long-anticipated day finally arrived. I stepped out of the White House security checkpoint, the sunlight sparkling off my new badge, and I could feel the excitement in the air: Staffers hurrying to and fro, reporters awaiting news updates on the lawn, Secret Service officers standing guard with their iconic earpiece radios—and there I was, right in the middle of it all.

The coming weeks would be among the most intense that I had ever known, and I soaked up every second. I was assigned to the Office of Intergovernmental Affairs, which manages the relations between the administration and officials at the state, local, tribal, and territorial levels. During my time there, I drafted policy memos that were disseminated to senior administration officials, and I researched state actions on topics such as education and the pandemic. Outside of the office, I had the opportunity to work at the “Salute To America” event on the Fourth of July, and I helped welcome the “Walking Marine,” Terry Sharp, as he completed his 300-mile trek to the White House. I even watched as the presidential helicopter (Marine One) landed on the South Lawn!

Yet even without the work and the fun, it was worth all the time that I had spent on the application (and the stress of waiting to hear back) just to stroll the halls where the giants of history had once walked. Only a floor above where I worked was the office in which both Teddy Roosevelt and Franklin D. Roosevelt served as Assistant Secretary of the Navy. When I took my lunch breaks, I often passed by officials whom I had previously only seen on TV. Almost everywhere I looked, a famous piece of history had been made, and now my peers and I were part of that history. It was a humbling realization, to say the least. But I also gained a deeper appreciation of our federal system and, more importantly, an understanding that the task of running our country does not solely belong to one person in the Oval Office. There are men and women whose names you have never heard, doing jobs that you never knew existed, who fill the myriad departments of the White House Office. Some of them have been employed there for several administrations, and the work that they all do every day helps keep our government humming along. Without their indefatigable determination—and I mean that literally, because I found cots in the office supply closet—the President and other senior officials would not have the information and resources that they need to make the decisions that we see in the headlines.

During our relatively short time at 1600 Pennsylvania Avenue, we interns were adopted into the White House staff family, and many staffers gladly made themselves available to talk with us and help us as we explored our interests. I have enjoyed similar networking opportunities during my time with NSHSS, especially after I joined the Collegiate Council. For example, I have been able to connect with my counterpart on the Fellows Program Executive Board, Kolby Keo. In May, we hosted an episode of the Global Student Voices series, during which we discussed our passions for diplomacy and public service. You, too, can make invaluable connections as a member of NSHSS—all you need to do is ask!

As a White House intern, I had the privilege of hearing the Director of the National Economic Council, Larry Kudlow, speak one afternoon, and he encouraged us to “work hard at working hard.” I know that it probably seems like 2020 is the year of the curveball, but I assure you that there is a light shining at the end of the tunnel. There are many opportunities for you to continue to learn and grow as scholars and as human beings. All that we need to do is to remember what unites us, rather than what separates us, and instead of letting our problems defeat us, we can rely on each other as we search out the solutions. This is the mission of NSHSS, to support the young scholars and leaders of today, and by working hard, there is no limit to what you can accomplish. 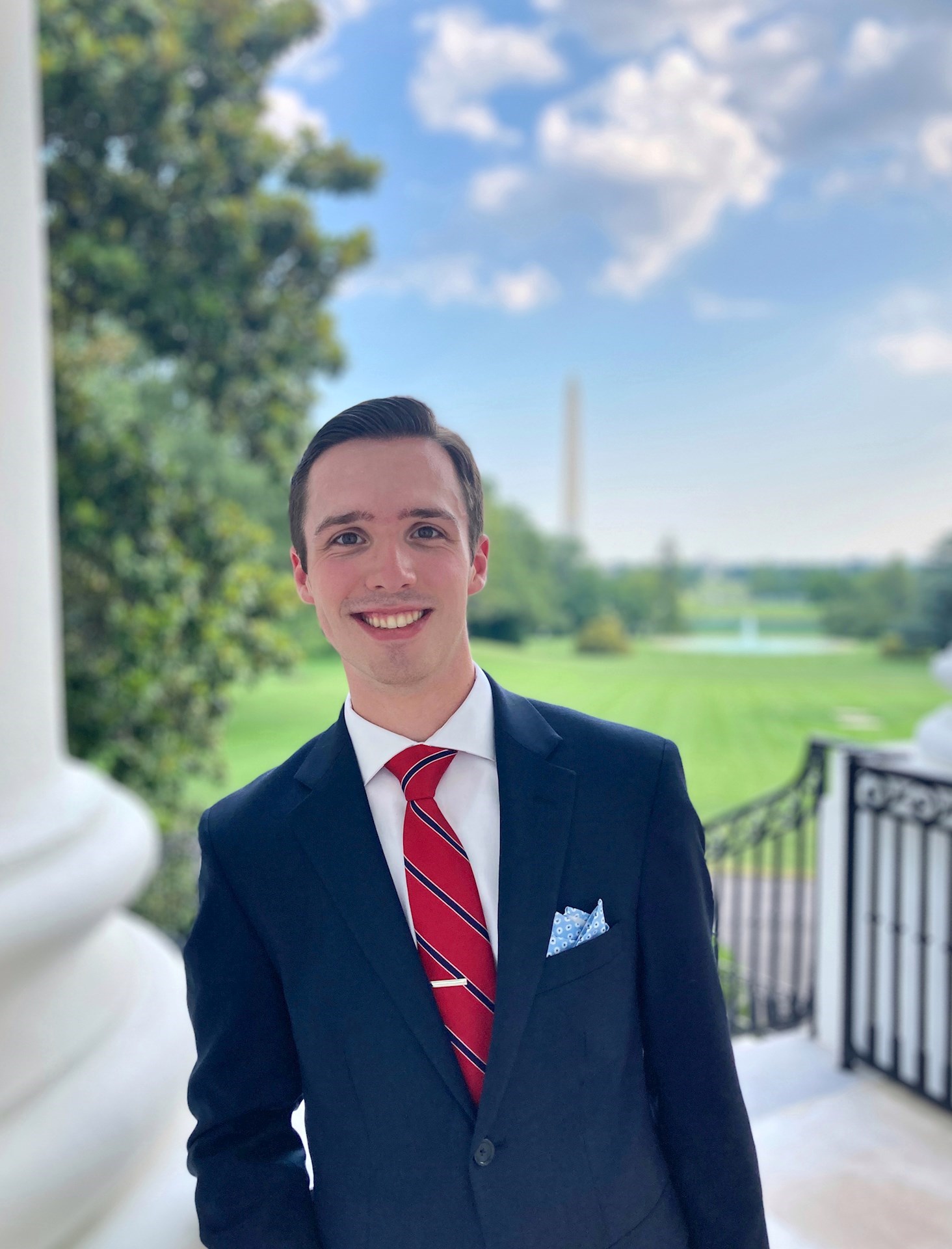 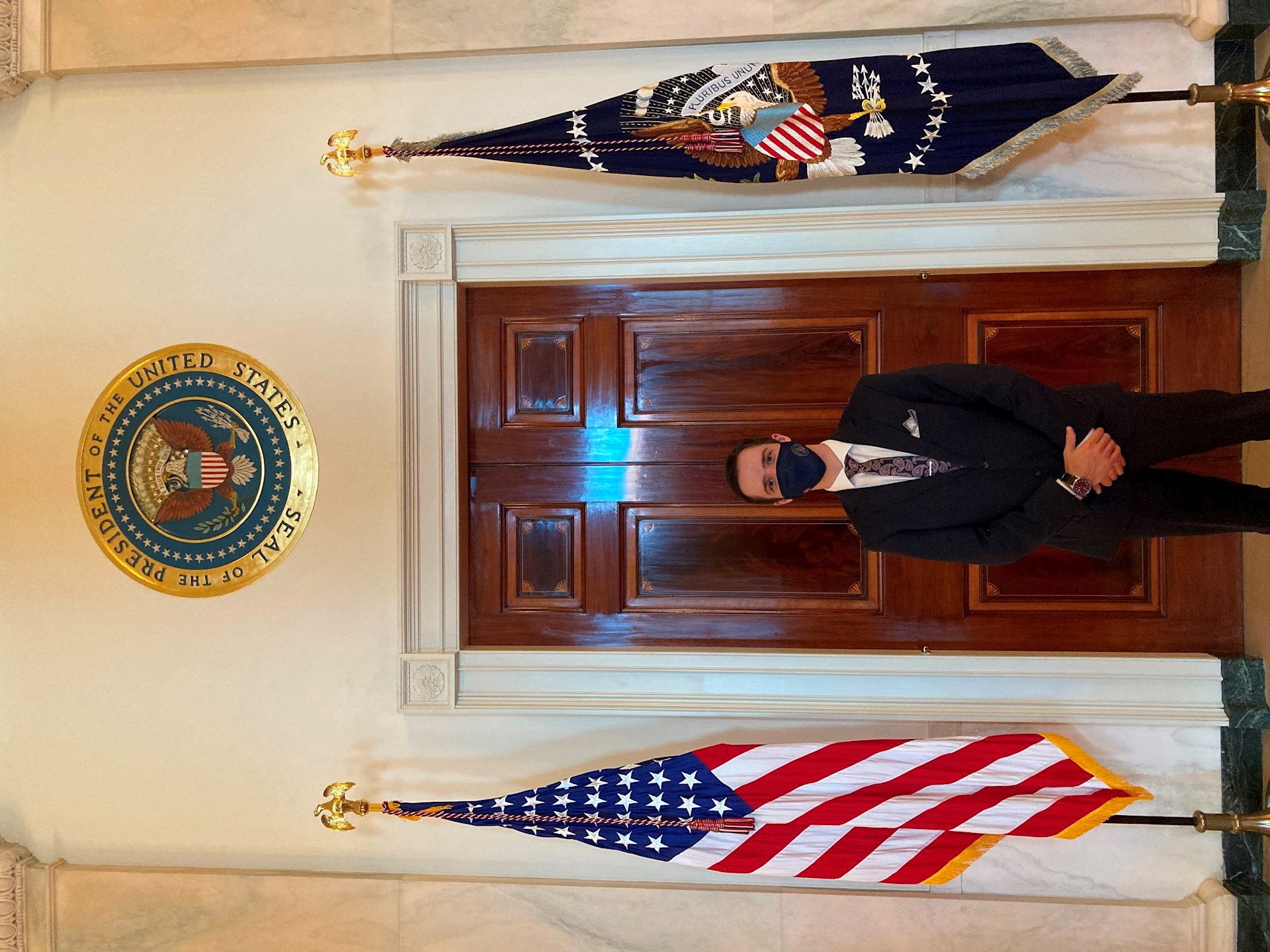 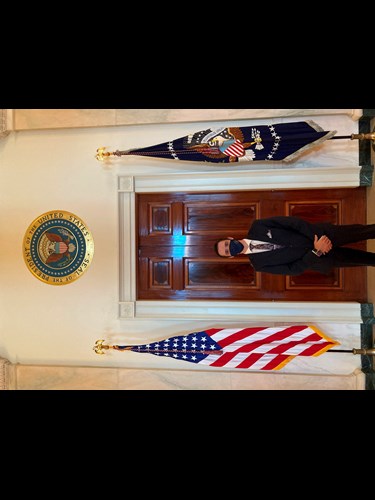 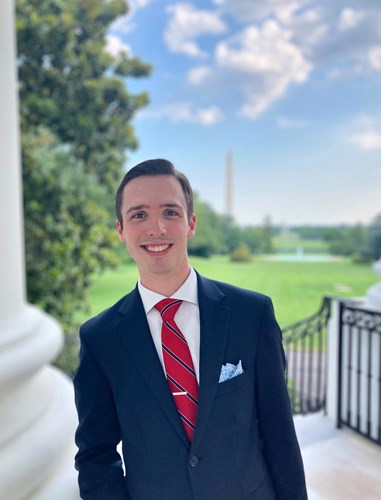 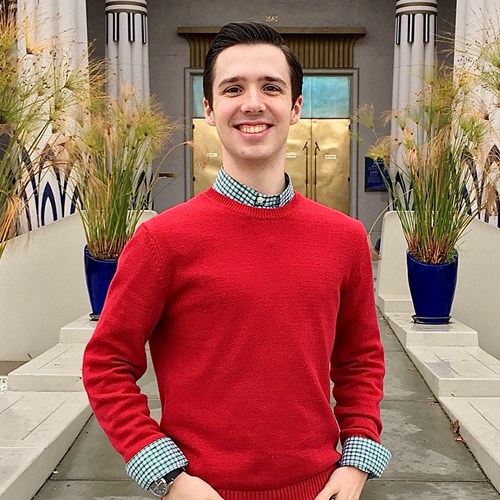