Careers at the Department of State

Careers at the Department of State

Please join David Kennedy, Allison Dower, and Stephanie Jensby to learn about the Department of State and their many different paths to employment! 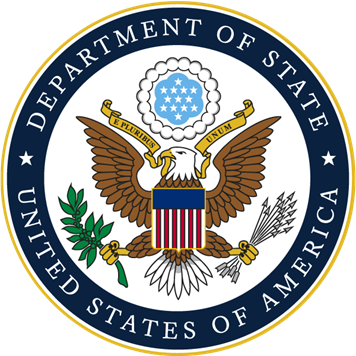 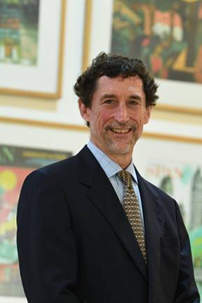 David Kennedy, a career member of the Senior Foreign Service, has served in a wide range of public diplomacy positions. He joined USIA as an exhibit guide for the “Information USA” exhibit that toured the USSR from 1987-89, then joined USIA as a career foreign service officer in 1990. He served in Islamabad and Moscow before taking a leave of absence to remain working in Moscow before rejoining the Foreign Service in 2002. He has since served in New Delhi as Information Officer, Geneva with the U.S. Delegation to the Conference on Disarmament, as the Regional Director for Public Diplomacy in Baghdad, the Public Affairs Officer at the U.S. Mission to the UN in Geneva, the Public Affairs Officer at the U.S. Consulate in Mazar-e Sharif, the Public Affairs Officer in Addis Ababa, and most recently as the Country Public Affairs Officer in India. David has an AB from Harvard College in Russian History and Language, an MA in Russian and East European Studies from George Washington University, and an Executive MBA from the Isenberg School of Management at the University of Massachusetts, Amherst. He is married to Kristen Easter who works at USAID. They have three sons. 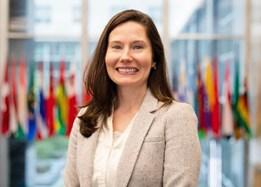 Allison Dower is the lead program officer on the Hubert H. Humphrey Fellowship in the Office of Global Educational Programs in the Bureau of Educational and Cultural Affairs at the U.S. Department of State. Allison started at the Department as a graduate student intern in 2012. She has worked at the Department on a variety of professional and cultural exchanges, including the Fortune-U.S. Department of State Global Women’s Mentoring Partnership and the Let Girls Learn Initiative. She has a Master’s degree in International Affairs from Penn State University and a Bachelor’s degree in History from McDaniel College. She has previous experience in the private and non-profit sectors. 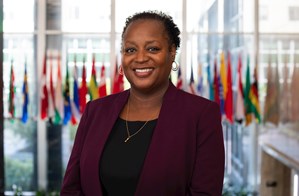 Stephanie Jensby is a Public Affairs Officer and Strategic Media Analyst with the Bureau of Global Public Affairs at the U.S. Department of State. Stephanie has served in a broad array of overseas tours at U.S. embassies in Brazil, Denmark, Belgium, Peru, and Morocco and domestic tours with the Bureau of African Affairs and the Bureau of Educational and Cultural Affairs. Before entering the Foreign Service, Stephanie worked in the private and non-profit sectors.  She studied Anthropology and Intercultural Management and has a Master’s degree from the School for International Training. She is from Brooklyn, NY, is married, has two children, and has an adopted Peruvian-American cat.