About our Leadership Team

"For more than 100 years my family name has been recognized as a hallmark of peace and excellence. While it is an honor and privilege to recognize the greatest scientists, poets, statesmen, and philosophers among us, there is a special place in my heart for encouraging and recognizing the youth of the world. This is why I helped found the National Society of High School Scholars and devote my time and abilities to this distinguished organization.” 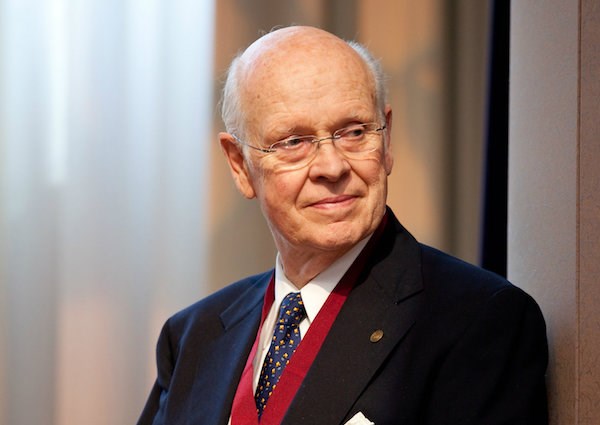 Claes Nobel (1930-2021) co-founded the National Society of High School Scholars (NSHSS) in 2002. Originally from Sweden, he held dual citizenship from Sweden and the US. A member of the family that established the Nobel Prizes, Mr. Nobel embodied the spirit of excellence and world betterment as a passionate proponent of humanitarian and environmental causes.

In 1974, Mr. Nobel drafted a document advocating the support for environmental protection and humanitarian leadership. Titled “The Nobel Laureates Declaration on the Survival of Man Kind,” it received signatures from 78 Nobel Laureates. In 1985, Mr. Nobel wrote the “Global Declaration of Earth Ethics,” which became the basis for the NGO not-for-profit organization he founded, United Earth. He founded this organization to bring attention to environmental issues through the prestigious Earth Prize Awards.

Mr. Nobel received an honorary doctorate in Humane Letters from Virginia State University and an honorary Doctor of Law Letters degree from Mount Mary College in Milwaukee, WI. He was selected for the 2012 Service Legacy Award from Usher's New Look Foundation, and in 2014 he received the Humanitarian of the Year Award from the Selective Corporate Internship Program (SCIP).

Mr. Nobel advised many prominent spiritual, political, and economic leaders from around the globe on preserving the earth and maintaining peace, instilling these ideals in youth through education and example.

NSHSS Chairman Emeritus and Co-Founder, Claes Nobel, believed that youth are 100% of our future. Mr. Nobel encouraged all people to prescribe to “The Seven Rights,” a powerful remedy for Universal Peace, Environmental Sustainability, and Personal Happiness.

Your mind is a dynamic organ. Everything in the universe and in the world – yes, even you – originated in thought.

Words are incredibly powerful. Once a word leaves your mouth, not even the strength of 10,000 elephants can pull it back again.

Let Dignity, Honor, and Truth be the noble hallmarks of your character.

Smile and laugh. Be kind, positive, and helpful to all. Become a good listener.

Step lightly on the Earth-leave no foot-prints.

You do not have to go to the far corners of the world. Start world transformation in your own community. Start right in your own backyard.

No procrastination! No excuses! Become a very busy, active person for World Betterment and World Change.