Zachary is the founder and chairman of Phil-PI-RI (Pilgrim Political Involvement of RI), a school club to help facilitate discussions and further drum up interest in political dialogue among the students. He was also class president his sophomore year, and is now attending Roger Williams University, majoring in Legal Studies. "I am honored to be awarded the NSHSS Ambassador scholarship and am extremely eager to dive into my college journey this upcoming fall," say Zachary.

"I am beyond grateful for receiving this NSHSS Ambassador scholarship. NSHSS has made me a better leader in my school as well as in my local community. In networking with other NSHSS members I have been able to accomplish an insurmountable number of tasks to help improve my community."

"I serve as Student Council President. Aside from Student Council, you can find me working two jobs while being involved in other extracurricular activities and volunteer work. Outside of the school environment, some of my interest or hobbies include writing, photography, and listening to music. Recently, I helped set up a collection of feminine hygiene products where the supplies collected were be donated to the homeless women in Tarrant County. This is a set-up for my future career goal of being a human-rights lawyer with a focus on minorities such as LGBTQ+, women, and people of color."

Corinna Jones graduated EHS, 2019, as an honor graduate, NSHSS ambassador and community service director, member of the National Honor Society, and with the Seal of Distinction. She has volunteered helping animals at no-kill shelters and otherwise spent her time as the Drum Major for the EHS Big Blue Band and the captain of the EHS Varsity Soccer Team. Corinna will continue her studies at Barnard College of Columbia University. 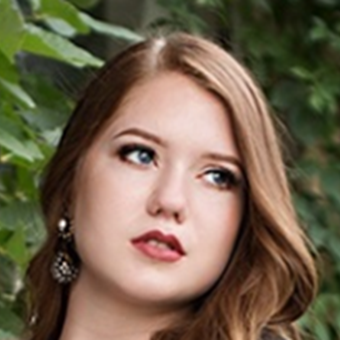 Stephanie now attends Michigan State University majoring in Chemistry. After college, she plans on attending law school, with the goal of becoming a Chemical Patent Attorney. Throughout high school, Stephanie was involved with marching band, FIRST Robotics, and community service. She was very involved with the Battle Creek Community Foundation, having served on several committees and the Board of Trustees. It is through this involvement that exposed her to the world of philanthropy and the opportunities to give back to her community. “Being an NSHSS member has been a valuable experience and I am greatly honored to have been selected as an Ambassador”, says Stephanie. 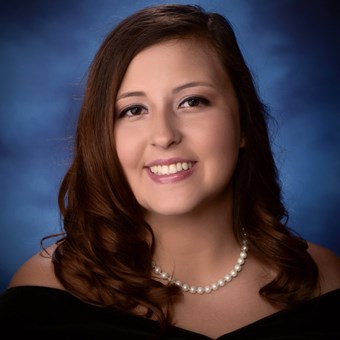 "My name is Caroline Fisher and I will be attending Texas State University starting this fall. My major will be nursing because I want to make a difference in the world. I am so lucky to have become an NSHSS ambassador and to have received the Ambassador scholarship. This organization has helped me learn so many important life skills and I am so thankful." 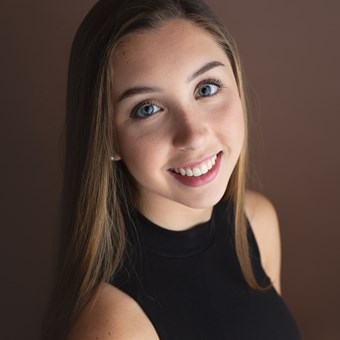 "I'm currently a senior at Worcester Academy in Worcester, Massachusetts. I'm heavily involved in my school's theatre program in addition to being an ambassador for Worcester Academy, the president of our school's mock trial club and completing nearly 200 hours of community service outside of school. I am attending Fordham University next year at the beautiful Rose Hill Campus where I plan to study business, marketing, or psychology. In the future, I hope to become someone who advocates for others and for change in society."

Hard work and dedication pays off. I've spent the past 2 years working non-stop to represent the best ambassador that I could possibly be by volunteering and working with other ambassadors to accomplish new goals that we set. Beyond that, I also encourage new students to join an excellent community like NSHSS and also push out of their comfort zones by joining the ambassador leadership program. I'm so grateful for being able to receive the Ambassador Award of 2019 and use it towards my tuition at the University of Maryland. 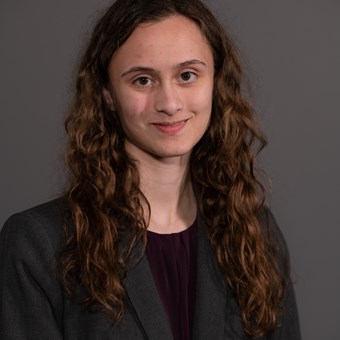 Rachel has presented on science education to several nationally recognized organizations and events including the VCCA Conference, and VCCS New Horizons Conference. Her technical accomplishments include earning a NSA & Computer Science Teachers Association Cyber Teacher certificate, two AspireIT grants, and two publications in the National CyberWatch Center Innovations in Cybersecurity Education. Rachel recently graduated high school with honors while also earning an Associates of Science and Pre-Allied Health Certificate. She is continuing her education by earning a B.S. in Forensics Chemistry & M.S. in Forensics. She is attempting to find journals to publish her biometric research and hopes to have the opportunity to create a universal tongue print database for criminal justice systems.

Be sure to tell NSHSS about your accomplishments so we can share with others.  For example, you could tell us about your non-profit organization or your first place rank in an academic or sports competition.  We want to hear from you!  Fill out this form and you may be included in the next NSHSS News & Press Blog, Scholar's Journal and social media.

NSHSS Ambassadors getting ready for their social media takeover at our member event at Columbia University in NYC!

Check out this photo from our Ambassador get together in LA

Fun in the sun with San Diego Ambassadors and Student Council members!

NSHSS Ambassadors getting ready for their social media takeover at our member event at Columbia University in NYC!

Check out this photo from our Ambassador get together in LA

Fun in the sun with San Diego Ambassadors and Student Council members!