These three inaugural induction ceremonies all began with welcoming comments from their principals and presidents of their NSHSS chapters. Representative of the Nobel Prize family, Marcus Nobel delivered speech, with his father Claes Nobel's heartfelt welcome via video as an ending note.

Each school had arranged student performances like band performing, school orchestra and singing (with an original song written by a student). They're mostly excited about being connected with a large community where features lots of US high achieving peers.

Each new member was then presented with their honor medallions and membership certificates. The NSHSS honor medallion is a representation of high academic achievements, commitment to strive for excellence, and dedication for global contribution.

The ceremony closed with a reciting of the New Member Pledge, a promise to strive for academic excellence and to use one’s abilities for world betterment. Members, parents, educators, and partners then gathered at the reception for delicious snacks, refreshments and the opportunity to network and exchange ideas. We are thankful for and proud of all of our new members in China! 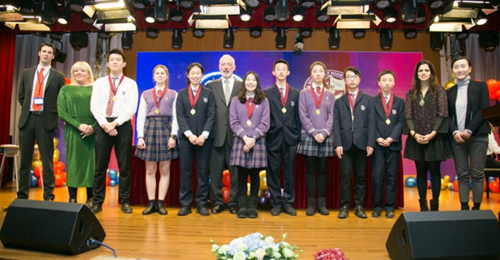 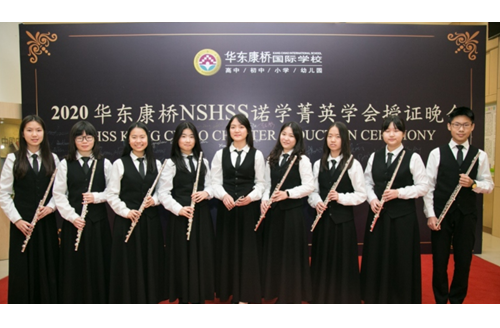