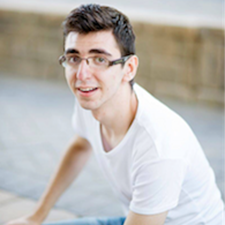 My Cultural Shock after Moving to the United States

As much as being the first international student enrolling for 4 years at Piedmont College is a privilege and an honor, I must acknowledge the fact that some huge transformational changes in my life occurred in the past month. You have to know that as a citizen of the Republic of Macedonia, located in southeastern Europe, it was my first time to ever come to the United States.

As ready as I felt for the upcoming semester, I had just arrived in the States a day before move-in, which made everything I perceived around me foreign, unfamiliar, and sometimes confusing. I had to face the challenging task to not only meet new people and get acquainted with as much of the campus and the environment of Piedmont College as possible, but also to absorb, process, and learn the US culture and mentality and also spot differences and adjust to them. Considering the fact that social and peer relations slightly differ from back home, the cultural shock I came across was not an easy one, giving me a short period of time to overcome it in order to begin college and my first academic semester on a high note.

Hearing words and phrases I have never heard in my life, having no clue what a Chick-Fil-A is, overcoming the difficulty of following a student speaking too fast, or a professor with a heavy accent were only a few of the challenges I faced during my first week of Piedmont’s orientation. The individualism and the personal space, a high quality of the US society, sounds understandable on paper, but has no way of truly being known unless you experience it–even for a European who had been reading about the American culture since childhood. At first I perceived Americans as both very supportive and not very sociable.

Macedonians tend to be more sociable but also more oppressive and conservative. I guess it is a matter of opinion whether the US individualism is a beneficial or an alienating concept, but the truth would most probably contain a little bit of both statements, as every social behavior as its ups and downs. However, the time that everyone gave me to adjust made it easy for me to mistake it as people not wanting to socialize, which became one of the hardest cultural differences I had to decipher, still thinking from a European standpoint. It took two weeks for me to realize that not everyone is running away from you, but they are giving you the space and privacy you need, which is what I like so much and what I am actually experiencing at this very moment.

On the other hand, the amount of support, enthusiasm, and motivation that classmates, roommates, professors, staff and residential life representatives showed to welcome me and help me adapt was surprisingly beneficial and encouraging! Once again, experiencing the US educational system as a private US high school student in the Republic of Macedonia as I did does not give you the same feeling of the American spirit that I had experienced by my first day at Piedmont College. How people treat and respect you is amazing and a stimulant to succeed. For me to try and catch up to the hard work US students have been doing and become an active part of Piedmont’s society makes it all worth it. Making a lot of friends, while receiving a quality liberal arts education, is one of the positive aspects of college life which I enjoy.

Not forgetting the fact that tons of information has to be absorbed during a short period of time, I believe I have settled in and embraced the US as my new home pretty well, with the generous assistance of everyone around me. My participation in numerous cultural activities and my enduring passion for attending them is proof that the US is the real land of opportunity that you read about as a young European who wishes to one day pursue the American Dream.