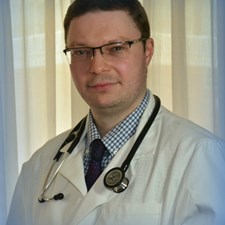 When the pandemic reached the United States, Yan Leyfman was recruited as the youngest person for the Global Covid Taskforce for his expertise in immunology, launching his quest to find a cure for the disease. Read more here.

In 2011, I graduated summa cum laude from Stony Brook University with a BS in Biology with Research Honors and minor in Chemistry. Upon graduation, I was honored with the Stony Brook University Outstanding Academic Achievement Award, Undergraduate Recognition Award for Academic & Research Excellence, Provost's Award for Academic Excellence, SUNY Chancellor’s Award for Academic Excellence, and later recognized as a member of USA Today All-USA College Academic Team. Since my first semester at Stony Brook, I had performed research in the lab of Dr. Galina Botchkina studying the unique characteristics of cancer stem cells (CSCs), which have been shown to play a pivotal role in cancer pathogenesis. My project involved assessing the effectiveness of a new generation taxoid (SB-T-1214) in targeting and destroying CSCs, which are believed to be the true cause of cancer. Obtaining a grant and working tirelessly on this project, our results showed that this treatment effectively halted disease progression in colon and prostate cancers and later was shown to be efficacious in pancreatic and breast cancers as well. My research efforts were recognized by Sigma Xi as one of the top 50 most promising early career scientists in the US, the prestigious Goldwater Foundation Research Scholarship given to the top 50 most promising undergraduate researchers nationwide, Harvard Medical School, and the New York Times. In 2013, a start-up, called TargaGenix, was founded at Stony Brook and this drug will be entering clinical trials within the next 2 years.

Inspired by these positive results, I joined the Sadelain Lab at Memorial Sloan Kettering Cancer Center to learn about novel ways of revitalizing immune function to aid in cancer treatment. My project resulted in the creation of a novel genetic platform for the delivery of Chimeric Antigenic Receptors (CARs), where subsequent experiments in ALL mouse models led to enhanced CAR efficacy and minimal side effects. The results of this project were showcased at several international research conferences, including the 2017 American Society of Clinical Oncology Annual Meeting (the largest oncology conference in the world), as the first-ever podium presentation performed by a medical student. This project will be headed to clinical trials later this year.

In addition, I was one of 18 medical students and residents across the US awarded the highly competitive and prestigious American Society of Hematology’s Honors Research Fellowship to create a rapid, effective and cheap genomic assay to assess CAR function and gene expression within several hours. This will allow for the selection of the most efficacious CAR for the patient during treatment, while also allowing researchers to quickly compare the efficacy at the bench of the various CARs that they create. Results from my work were presented at several research national and international meetings and successfully published in the American Society of Hematology’s Annual Meeting Journal—Blood. This project will be headed to clinical trials soon.

Throughout the course of my research journey, I have learned that part of a researcher’s duty is educating others. At Stony Brook, I initiated a science lecture series, Pioneers in the Field, which featured talks by three world-renowned innovators—Drs. Ralph Steinman (2011 Nobel Prize winner), Barry Coller (founder of the anti-coagulation medication, ReoPro), and Darrell Irvine (MIT’s immune-engineering innovator), to promote awareness of novel scientific discoveries and inspire the next generation to engage in research. In addition, I also initiated a successful proposal to host and then coordinate a national research symposium (Sigma Xi) at Stony Brook University that brought together the nation’s top undergraduate, graduate and post-doctoral students to showcase their research and featured lectures by world-renowned scientists, including 2000 Nobel Prize Winner Paul Greengard. This conference was hailed as one of the most decorated in Sigma Xi’s history and the first to be coordinated entirely by undergraduate students. I continued these efforts at the Penn State College of Medicine where I founded the Hematology-Oncology Student Interest Group and launched Oncology Pioneers: The Science Lecture Series, which featured talks by luminaries, such as Drs. Ross Levine, Bart Barlogie (discovered first chemotherapeutic treatment for multiple myeloma) and Patrick Moore (Robert Koch Prize recipient who discovered Kaposi Sarcoma, Merkel cell polyomavirus and other viral cancers), before an audience of students, medical professionals, faculty, patients and members of the community about their revolutionary discoveries that reshaped the cancer field. Under my leadership, this group became the first student interest group ever and one of only 30 nationwide to receive accreditation from the American Society of Clinical Oncology, the largest and most prestigious cancer organization in the world. We were only one of five interest groups nationwide to receive re-accreditation the following year. My successes were recognized with the Penn State Innovator of the Year Award, where I became the first medical student to have received this great honor across all of Penn State.

Yan Leyfman and NSHSS: Yan is currently an NSHSS Fellow, who has been a member of NSHSS since 2005. He has remained an active and valuable member by participating in NSHSS events, webinars, and has even given credit to NSHSS for assisting him through finding his success in college and the medical field.