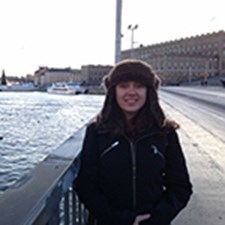 The NSHSS Experience at Nobel Week

This October, I learned that I'd received the honor of receiving a travel scholarship to attend the Nobel Week events in Stockholm, Sweden.

I was far beyond excited, and this is not the first opportunity the National Society of High School Scholars has opened up to me. During my time as a member and an Ambassador, I've been fortunate to have had the opportunity to attend the multiple Scholar's Day events, connect with universities around the world, and apply for scholarships.

When I arrived in Sweden at Stockholm University, I wasn't quite sure what to expect, but I ended up being surprised at how different - yet similar - it was to my home country. Just as valuable as the time spent attending the Nobel events (I think) was the opportunity to experience another culture. During my time in Sweden I visited ruins in Sigtuna (the country's oldest town), ventured down the streets of Gamla Stan, and saw other cultural sites like the Vasa museum built around a legendary warship! I was able to explore a new country while befriending other NSHSS students like me from different parts of the world.

My most treasured part of the experience was the opportunity to attend the Nobel Dialogue. There, scientists, artists, professors, laureates and other experts from around the globe gather on panels and spoke individually about their own work and research. I was amazed to learn that there were over 95 countries represented in that room, and am so grateful to have had the opportunity to be there. During the Dialogue, panelists discussed everything from biology to philosophy surrounding the theme of the "Science of Aging". This subject is of great interest to me, so to hear so many different perspectives on the topic was very enlightening. I also liked how the Nobel Dialogue involved its audience in discussions as well, through polls and questions live and online.

In addition, I enjoyed attending the Nobel Lectures prior to and following the Dialogue. To hear the work of so many brilliant and persistent scientists - from the scientists themselves, no less - was inspiring. I think the most interesting story of all was that which came from a group of three Laureates in the field of physics. Throughout each of their lectures, they describe how they began to work together at universities in Japan and did not give up on their research even when others scoffed at them, or when they found no conclusive results for a decade. The lesson: don't give up.

From this experience I am inspired to go on to pursue further study abroad experiences in college, as well as to delve into a field of science that interests me. I have gained a further appreciation for other cultures and for the importance of undying curiosity that I hope I will carry with me always. Thank you NSHSS for allowing me these opportunities to grow and network; I look forward to what will come of my membership advantages in college!

NSHSS is a globally-distinguished academic honor society that's dedicated to recognizing high-achieving students in more than 26,000 high schools across 170 countries. The benefits of NSHSS extend well beyond one’s academic career. NSHSS is a global community of over 1.7 million lifetime members from across the world who believe in being the next agents of change and the next thought-leaders. Through international events, study abroad programs, internships, scholarships, college fairs, and career and leadership opportunities, NSHSS provides valuable resources to support the proponents of change for the next generation. Learn more about the benefits of NSHSS and what it means to become a member. Or follow the journey and connect with NSHSS on Facebook, Twitter, Instagram, LinkedIn, Snapchat, and Pinterest.