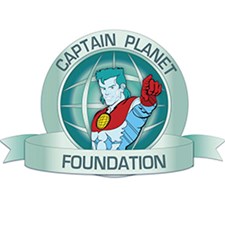 Are you passionate about protecting the environment? For the 4th year, The NSHSS Foundation is partnering with Captain Planet Foundation to recognize outstanding students around the globe who are demonstrating leadership and commitment to the environment through programs or projects that promote innovation and inspire others to make a positive change.

Captain Planet Foundation is sponsoring ten (10) $500 Earth Day 2017 Awards for high school students who are implementing environmental stewardship programs or projects in the communities where they live and attend school.

Applicants are asked to submit details about an environmental project they are currently working on, or one that will be initiated for Earth Day in their home, school, and/or community. Requirements include a written explanation of the project, including the process, the impact it has had or the impact it will have in the future. Submissions should be supplemented with a creative component, such as a video, painting, drawing, or collage that highlights the project.

The online application is available through the NSHSS Foundation at: nshssfoundation.org. The deadline is March 25, 2017.

Read about NSHSS members who won the 2016 Captain Planet Earth Day Awards and their winning projects:

Alexander Adler is the founder and director of the nonprofit organization, Chickens for Children, which “aims to promote and teach environmental awareness, a sense of responsibility, and sustainable living to young children and the community.” Children are informed of “the benefits of owning the ultimate productive pet—a chicken.” Alexander created the organization’s website, established its nonprofit status, and worked with local businesses for funding and supplies. Alexander is a public speaker aiming to educate students about both the companionship of a pet and environmental sustainability. In addition to producing eggs, chickens also eliminate bugs and pests that would typically require pesticides. Alexander is a member of the varsity soccer and tennis teams, Mu Alpha Theta, and the Spanish Honor Society. He is also a certified scuba diver.

From 2010-2012, Efe Birkan studied the subsurface water in his school’s garden. He learned that the overconsumption of water was contributing to freshwater pollution. Efe found that eucalyptus trees had been planted during reforestation efforts, but he soon learned that adult eucalyptus trees consume 300 to 500 liters of freshwater. Efe created proposals and gave presentations at school, conferences, and for the local government in an effort to inform the public about specific plants that can be used for reforestation. In 2014, Efe placed 1st in Turkey and 3rd internationally in the Young Reporters for the Environment Article Competition. He is president of the Model UN Club, founder and president of the Chakaberry Junior Achievement Company, vice president of the Student Council, cofounder and president of the Turkish Education Foundation, and he is the NSHSS Ambassador for Turkey.

Since 2013, Katie Prior has monitored the water quality of a local creek and reported the results to the Oklahoma Conservation Commission. She tested the creek’s levels of dissolved oxygen, nitrate nitrogen, chloride, E. coli, ammonia nitrogen, and orthophosphate phosphorous. Katie has presented the Enviroscape watershed model to other students to encourage the proper use of storm drains. She and two members of her Girl Scout troop co-authored the children’s books Reduce, Reuse, and Recycle and Bob Has a Blue Thumb. The proceeds were used to purchase more books to donate to local libraries and OKC Beautiful. Katie is a founding officer and vice president of CCA Teen Artist Guild and a student advisory board member of Oklahoma Youth Orchestras. She also founded the Youth Trumpet and Taps Corps.